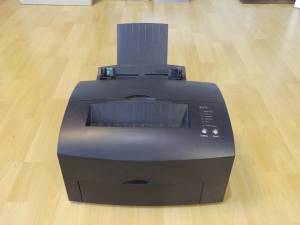 My Lexmark E323 laser-jet printer was indicating that the toner level was low. I wanted to find out how it knows that, and if I could fool it to think there was still plenty of toner.

Printers don't actually measure how much toner (or ink) there is left in the cartridge. This would be too complicated, expensive, and isn't actually needed. Instead you just need to store the information of how much toner there was to begin with, and update the value with each print, since you can calculate how much a print will cost. This information (the toner level) is often stored in a chip embedded in the cartridge.

Some printers allow you to still print even when the cartridge is theoretical empty. This is the ideal case if you want to refill the cartridge yourself (toner is not very expensive). Other printers will not allow you to do so, and in this case you need a new cartridge, a new chip, or a chip reseter. You can already find counterfeit chips for most printers (when required).

I could refill the cartridge for my printer without issues, but at some point or another you will still need to replace the cartridge since the other parts (like the OPC drum) also degrade with usage and will cause poor quality prints. At that point it's probably worth to buy a new printer since the main cost is the cartridge itself. Still, I wanted to find out how the chip works. 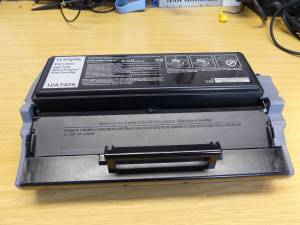 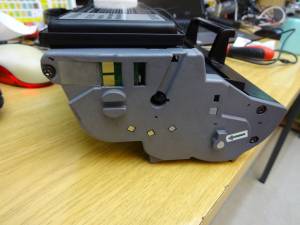 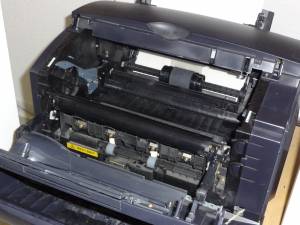 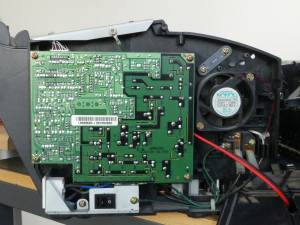 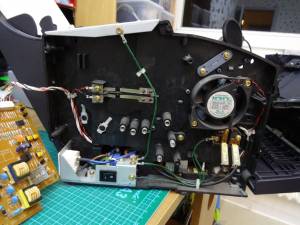 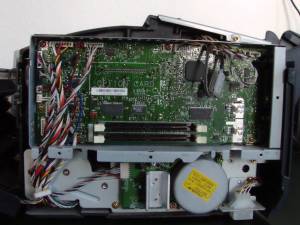 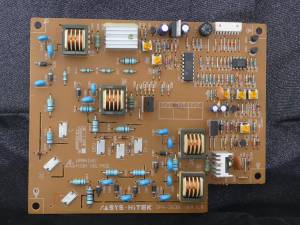 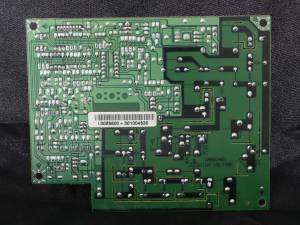 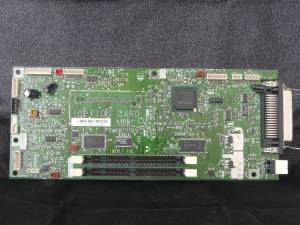 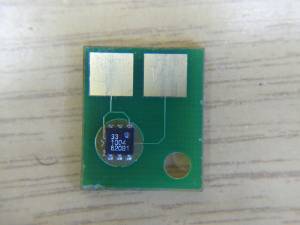 To identify the chip I proceeded the following way:

Thus this chip is a DS2432, either re-branded or cloned. Other printers (here a filament cartridge for the Stratasys UPrint SE 3D printer) also use this chip, but in a non-secure way.

I re-implemented the DS2432 based on the datasheet using a STM32F1 development board. The source code is available in git (not all features are implemented).

The chip usage seems to be secure since it does verify the Message Authentication Code (MAC) and reports errors if it does not match. There are still a couple of possible attacks though (untested): 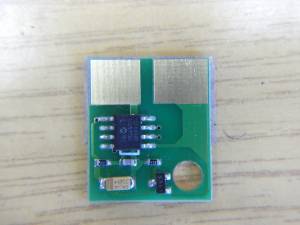 But in the end I decided to try finding the secret stored in the chip. It could not be read out using the 1-Wire read memory command though.

I also found a counterfeit chip for this cartridge. They also re-implemented the DS2432, but on a PIF12F683. There too I could not read out using the 1-Wire read memory command. But the PIC had no read protection enabled, allowing me to dump flash and EEPROM using a PICkit 2. The EEPROM contained all the memory otherwise read through 1-Wire, including the secret, but this time in clear.

Re-using this key allowed me to pass authentication successfully. I was now able to change the memory content at will, and found a field in page 2 which did not trigger the “toner low” warning.

The next step would be to dump the secret from the original cartridge chip. This is doable with a bit of efforts. To be continued …