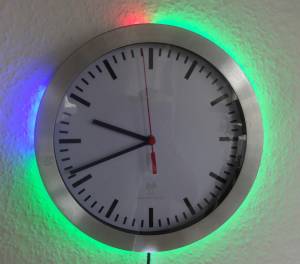 The LED clock is an add-on for round wall clocks. The purpose is to have LEDs on the circumference of the clock to show the progress of the time using coloured light.

For that you will need:

Here I will only put picture to show how it looks like. 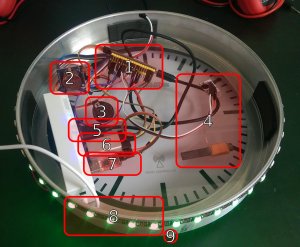 Here is the LED clock add-on:

Here how it is integrated in the wall clock: 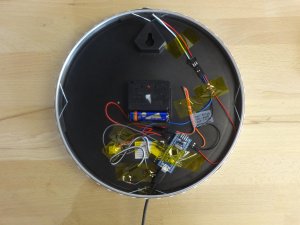 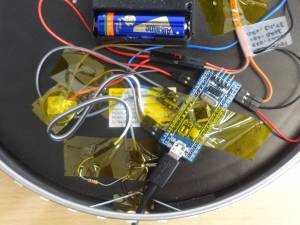 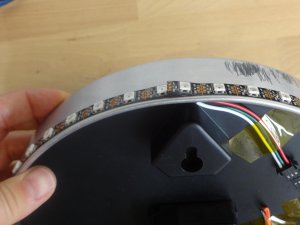 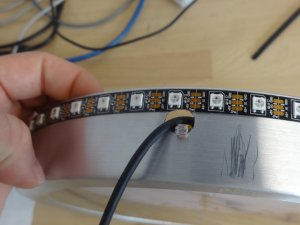